Coaching: The Power of a Well Formed Question 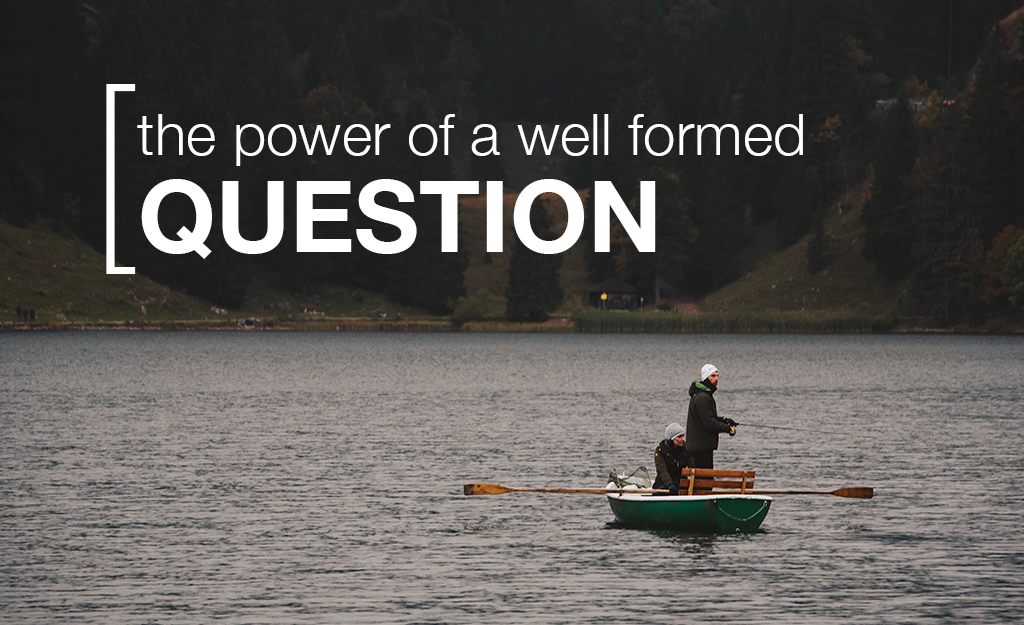 If you have coached pastors or church leaders any length of time you know well the tension that exists between coaching and telling.

Coaching in its purest sense is pulling out the best in those God has entrusted into our care.  Coaching that resorts to simply telling or offering our best opinion short circuits the whole process.

As I have coached pastors and church leaders over the past couple decades, fighting off the urge to “tell” has been my biggest coaching and leadership development struggle.  When I am coaching a pastor or church leader, the answer or best path forward is often clear to me.

It’s not because I am the smartest guy in the conversation.  Usually, I am not.  It is because I have been there;  I have fought that battle,  I have had that conversation,  I have faced that challenge.  So, fighting off the temptation to tell a coachee or someone I am pouring into is a barrier I have to overcome nearly every coaching conversation.

So how do you move from ‘telling’ to ‘coaching’?

This past week, I received some of the best advice I have ever heard on managing the tension between coaching and telling from a wise ministry coach in my life. It came in the form of a sports analogy.  I am a sports guy and still an active weekend warrior.  So when the wisdom was going to be shared in that form, my interest perked up.

The wise coach shared a story of when he was playing basketball in college and his team was struggling to run their offense.  When this struggle showed up, the coach would enforce a rule.  There were to be no shots taken until at least five passes had been made.  Magically, this simple rule inserted into the same game with the same players would often recharge the offense and lead to more points scored.

He then made this statement, “The same rule can be inserted into our coaching relationships and leaders we are seeking to develop.  It isn’t about passes, it’s about questions.  No ‘telling’ until you have asked at least five questions.”

The power of a well formed, well time question is often more powerful than simply describing what we think the best option or solution might be.  Questions open doors.  Telling can quickly bring a conversation thread to an end.  Questions challenge those we are developing to dig and process.  Telling only gives them an option or two to consider.

You’ll be amazed at how the conversation opens up.  You’ll help those you are coaching, developing, or discipling dig deeper into the issue or challenge.  New territory will get explored.  More and better options will find their way onto the table.

Most importantly, you’ll help others learn how to unpack the insight and wisdom God seeks to bring.  It’s a way better option.