Are You a Thermostat or a Thermometer? 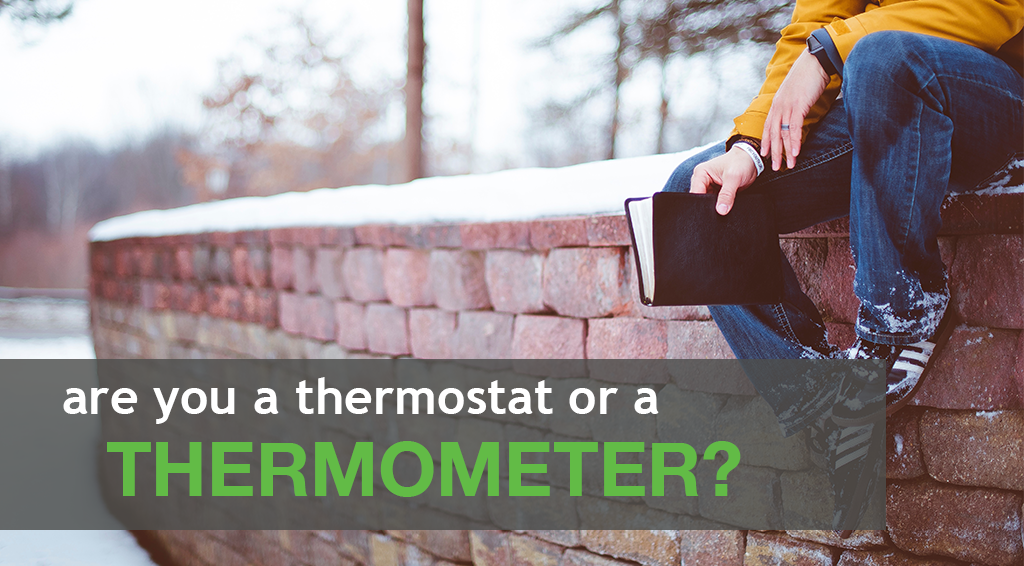 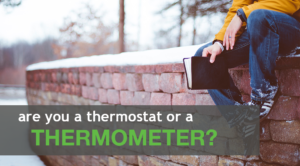 Are you more concerned about your style of worship service than the kind of disciple you are producing?  Which gets more of your time, money or resources?

From his jail cell in Birmingham Alabama on April 16, 1963 Martin Luther King Jr. penned a letter that should still the soul of every believer, regardless of race.  In this long letter which he eloquently and very tightly argues for their course of non-violent action.  It is well worth your time reading.  If you have never read it, you can do so here.

At one point he writes:

“There was a time when the church was very powerful. It was during that period when the early Christians rejoiced at being deemed worthy to suffer for what they believed. In those days the church was not merely a thermometer that recorded the ideas and principles of popular opinion; it was a thermostat that transformed the mores of society. Whenever the early Christians entered a town, the people in power became disturbed and immediately sought to convict the Christians for being “disturbers of the peace” and “outside agitators” ‘But the Christians pressed on, in the conviction that they were “a colony of heaven,” called to obey God rather than man. Small in number, they were big in commitment. They were too God-intoxicated to be “astronomically intimidated.” By their effort and example they brought an end to such ancient evils as infanticide and gladiatorial contests.

Things are different now. So often the contemporary church is a weak, ineffectual voice with an uncertain sound. So often it is an arch supporter of the status quo. Far from being disturbed by the presence of the church, the power structure of the average community is consoled by the church’s silent and often even vocal sanction of things as they are.

But the judgment of God is upon the church as never before. If today’s church does not recapture the sacrificial spirit of the early church, it will lose its authenticity, forfeit the loyalty of millions, and be dismissed as an irrelevant social club with no meaning for the twentieth century. Every day I meet young people whose disappointment with the church has turned into outright disgust.”

He penned these words 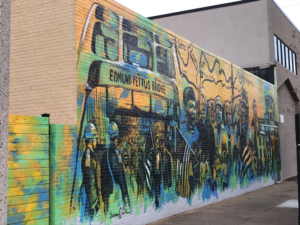 almost 54 years ago concerning the church’s inability to address racial prejudice.  I find his words prophetically pointed when he writes the church, “…will lose its authenticity, forfeit the loyalty of millions and be dismissed as an irrelevant social club with no meaning for the twentieth century.”  Ouch!  This is exactly where we sit today in the USA.

Those of us who have lived these last six decades have personally witnessed the church being slow to engage our culture, ineffective in transforming our culture, and anemic in providing hope for our culture.  In spite of the fact that there are more large churches with more dollars and human resources than ever before in history, we are losing to battle for the souls of people.  No matter what measure you pick to assess Christianity’s impact on Western Culture, we are losing ground.

Our churches mirror our culture in more ways than we want to admit; we are thermometers rather than thermostats.  People who attend churches today in most measures are indistinguishable from those who don’t.  We reflect the culture rather than change it. 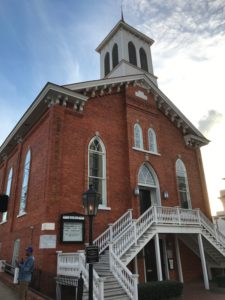 From 2 Timothy 2:2 we understand this involves at least three to four generations: First, we must be a disciple reflecting the heart, head and hands of Christ.  Then, are we must invest our lives in others through our unique gifts to build disciples that are the same.  Lastly, they must be equipped to do that in others’ lives. The churches Paul planted in the New Testament, were simply God’s method for producing these kind of disciples. Every church we start must be done through a sacrificial spirit and the supremacy of the Holy Spirit committed to producing these kinds of disciples. These are the churches that we want to multiply and produce other churches.

We don’t need any more neutered churches, let us not multiply churches which produce church people.  We need strong multiplying disciple producing churches.  Don’t get hung up on the model, get hung up what you are producing.