Why Do Churches Resist Becoming Healthy? 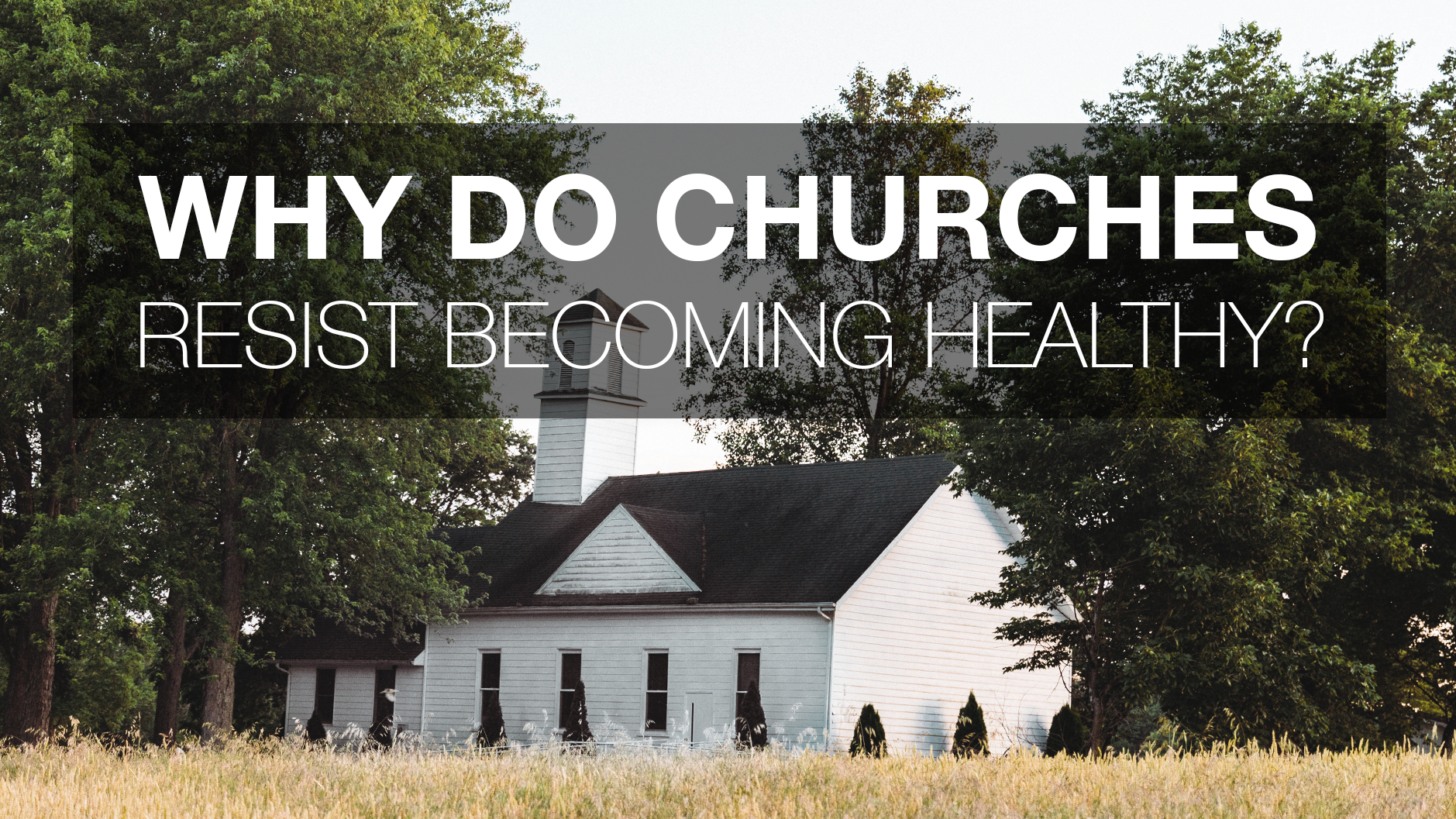 Why do churches resist becoming healthy? For the ten years since starting HGC, this question has haunted me. This question has kept me up a night; and frustrated my waking moments. Anyone who has worked with churches or overseen them from a denomination perspective at some point has had to wrestle with this question.

So what is the answer?

First let me state that one of the surprising facts of life for me as I became an adult was to discover that people actually resist change, even change that is good for them. This is as true for individuals as it is for churches. How many medical doctors do you know who smoke; in spite of them knowing it dramatically increases their chance of an early self-inflicted death? Or, let’s choose an easier topic; why do so many overweight people choose to not dramatically alter their lifestyle in spite of them knowing it will dramatically increase the likelihood of an early death?

One would think that by the time I have reached my age, I would have figured this one out by now. I am sure there are many different reasons: family of origin, death wish, resisting change, emotional incompetence, cognitive deficiency, sin or whatever other reason you can think. I have come to believe it is for all of these and many more reasons.

But the one that resonates most often with me is that people resist change of any kind, even for the positive because they will lose something.

Every time someone resists a church becoming healthy, I still am amazed. But, I remind myself they are more willing to keep the familiar than risk for health. Most often we hear churches say they want to keep doing the same thing but have dramatically different results. It just doesn’t work, not even with great amounts of prayer. I wish it were not so.

“In the last days, God says,

I will pour out my Spirit on all people.

Your sons and daughters will prophesy,

your young men will see visions,

your old men will dream dreams.

Even on my servants, both men and women,

I will pour out my Spirit in those days,

and they will prophesy.”

This is change; this is Spirit driven change. Unless the Spirit of God drives the change, nothing we can do will ever stand the test of time. People resist change because they are simply not allowing the Spirit of God to drive their lives. They are allowing the spirit of fear and familiarity drive it.  This isn’t new, but an age old problem which we see in churches today. There isn’t a new technique which I have found to help churches. The churches I have seen over the last couple of decades experience life and rebirth out of decline and death did it because they chose to allow the Spirit of God to reign in their lives and therefore in their church.

It is quite simple, but oh so difficult.