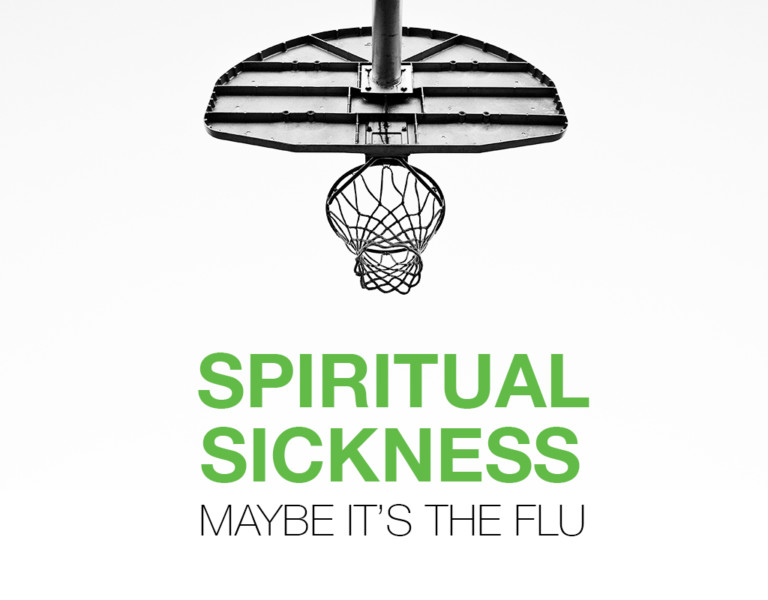 Jimmy Butler is an All-Star basketball player for the Chicago Bulls.  He averaging over 24 points and over 6 rebounds a game.  But on the night of January 6th, my Oklahoma City Thunder shut him down.  He scored 1 point and had only two rebounds though he played 28 minutes…more minutes than ANY Bulls player that night.  The Thunder won running away with the game 109-94.  How did the Thunder pull off such defense on such a great player?  Easy.  Jimmy had the flu.  No matter how great you are, if you’re sick enough you just can’t perform.

Same with churches.  It’s amazing sometimes when you look at churches that are NOT growing.  Some have a great location, excellent facilities and competent staff.  But there’s a lid.  They can only reach so high or go so far and then they retract right back.  Why?  It’s called Spiritual Sickness.  And it’s stopping the church from reaching it’s potential.

It’s sometimes a bit difficult to diagnose because the symptoms can be fairly subtle. There are other occasions where leaders even KNOW what the disease is…but they are unable or unwilling to deal with it.  Sometimes people just stay and hope it’ll get better.  Other times, little by little, people leave a church until the body just gets too weak to survive.  Often a church will grow for a while, then shrink back…sometimes over and over like an organizational accordion or a re-occurring illness that never goes away. 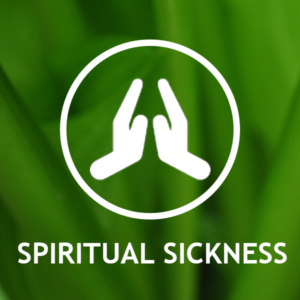 When we talk about Spiritual Sickness many times we think about things like a fallen leader:  Affairs, embezzlement, addictions…things like that.  While those kinds of wounds can leave a body hurting, those are more like tumors that are usually dealt with fairly quickly through surgery.  The leader is made to leave and the body begins to heal.  Those are easy.  It’s the lingering illnesses you need to fear.  They can keep you sick for LIFE.  What kind of sicknesses are those?  Glad you asked.

Pride is a spiritual sickness

Pride is one.  Andrew Murray says that humility is the root of all virtue and pride is the root of all sin.  I think he’s on to something.  Pride is a powerful sin because it often feels like spirituality.  A pastor sees himself as “the man of God” who doesn’t really need to listen to his board or his staff…or anyone else for that matter.   He probably never says that, but he believes that.  In his pride the board becomes a nuisance, rather than a safety net.  His staff members are employees, rather than a team.  Such a pastor seeks to surround himself with those who will tell him what he wants to hear rather than what he needs to hear.

Pride also infects a board.  This often happens after a pastor who was infected with it leaves.  In his wake the board sees itself as a Protector of the people.  They’ve been burned so it won’t happen again.  They hamstring the next pastor from being able to make decisions.  They convince themselves that THEY are the ones who know what’s best.  In other words, THEY are now the ones who hear from God.  The pastor is not their leader; he is their employee, he can preach, he can visit, and he can do weddings and funerals.  He just can’t LEAD.  Once boards get a taste of such power, they often go generations without letting go.  So the church gets stalled…and pride is the sickness lid.

Selfishness is a spiritual sickness

Selfishness is another Spiritual Sickness.  And it’s a hard one to shake.  When a congregation is being invaded by the virus of Selfishness, they put themselves ahead of everyone else…both individually and collectively.  The members see the church as a “club” and themselves as members to be served.  Newcomers are looked upon with skepticism and jealousy.  Tenure earns you certain rights and privileges.  There is positioning and lobbying and competition for funding, space and the attention of staff.  Volunteer positions and class meeting rooms become Sacred Cows that dare not be changed.

When this disease spreads to the staff you see silo ministries develop without any concern or real communication between them.  There’s little to no collective vision between the staff members and events, programs and recruitment is done without regard for others.  Budgets become competitive and staff meetings often contentious.  As Selfishness worsens, staff members begin pulling congregational members to side with them and cracks in the foundation of the church body begin to form.  If the disease becomes terminal it ends with an ugly business meeting and a group or groups feeling “called” to plant a church elsewhere in the community.

The effect of spiritual sickness

Perhaps the most detrimental part of either of these illnesses and others like them is the toll it takes on the community around them.  While the church wallows in its pride or battles in its selfishness, people all around them die eternally lost.  Oh, people may come and visit.  Some may even stick around.  Perhaps even there might be one or two who, by the sheer grace of God, find their way into the Kingdom of Heaven.  For the most part however, the community around sick churches is forgotten.  The fever of power and pride is so high, or the nausea of selfishness so great, that the church forgets why it has life in the first place:  To seek and save those who are lost.  Instead of exploding into a community with life-giving hope, sick churches implode into themselves.  And “could have been found” souls are lost forever.

If, as a leader, you begin to see the symptoms of Spiritual Sickness in your church, confront it.  Bring the sickness out into the open so that the Spirit of God might be able to move and heal and restore.  Don’t let organizational “flu” turn into something more serious.  Confront it in your staff.  Confront in your church leaders and board.  Most of all, confront it in yourself.  Bring in an outside Church Health doctor if you need to help you diagnose and prescribe a cure.  The earlier you face the sickness and begin to work toward health, the more likely you are to save the church from serious complications.  Let it go and you may find that Spiritual Sickness is more than just a lid…it’s the top of a casket that is closing on top of you!

Post contributed by Steve Chiles, Senior Pastor of Shartel Church of God, in Oklahoma City, OK. He is a coach and consultant with HGC, as well as, providing leadership with the Network Gathering.