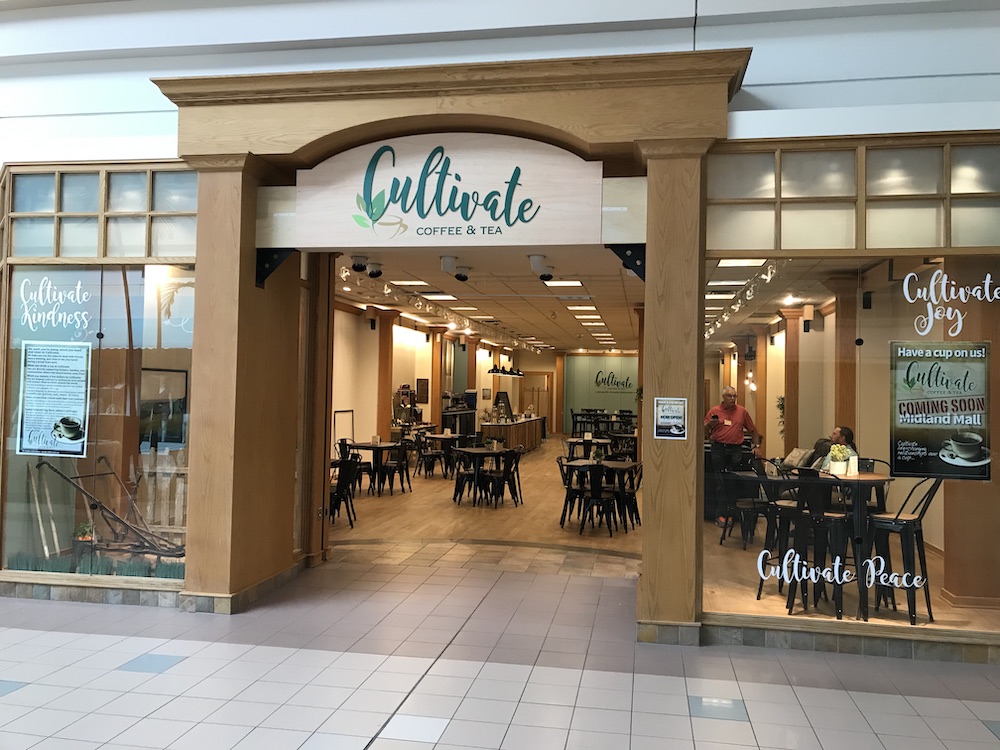 In July, we introduced a new series called Fresh Expressions of the Church. Since that time, we have talked with some incredible, visionary leaders who are thinking outside the box with regards to “church.” Today, I’m excited to introduce you to Matt Chesney from Eagle Ridge Church of God in Midland, Michigan. But this story is not about Eagle Ridge per se, but about a mission and vision given to Matt and his Senior Pastor, Bill Greiner, that is impacting people daily.

The moment Matt became a Christian, he began to hear these little whispers saying, “You need to be a pastor.” Over and over again, the Voice would call, and Matt would push it away, believing he already had his dream job as a teacher, school builder, and principal. What more would he want?

While at church one Sunday morning, Matt heard this really loud voice that said, “You need to quit your job and become a teacher for Me.” Matt doesn’t remember the message given by the pastor that morning, but he knew he could no longer ignore this calling. While loading up their four children after church that morning, Matt looked at his wife and told her they needed to talk about this clear message he’d received from God. Melissa responded with, “Yeah, me too!” Matt asked his wife to share first, hoping what she heard might be different, but as it turns out, God had spoken the exact same words to her.

This time Matt listened to and obeyed what God was saying. He was able to continue to work as a teacher while pursuing a ministry degree, knowing that God was calling him to become a youth pastor. He was later hired by Eagle Ridge Church of God.

At the time, Eagle Ridge Pastor Bill Greiner and his wife, Robin, were living through every parent’s worse nightmare. Their son, a sophomore in college who was a bright light in the community with a promising future, was tragically killed by a drunk driver. This unspeakable tragedy caused Bill to question the direction of his life and the church.

While in such a huge painful season of grieving, the Holy Spirit impressed upon Bill’s heart that it was time to start trusting in Him instead of consistently worrying about the future. It was time for Bill, his staff and leadership, and for Eagle Ridge Church to walk by faith, and they did just that when they hired Matt as the Students Pastor. Matt learned later on that the church didn’t actually have the budget to pay him, but they decided to move forward and start being the church God had called them to be anyway.

Eagle Ridge Church, whose focus pointed more inward, was headed for a significant turnaround, which included more devotion to the community in which they were called to serve. In hiring Matt, the church was looking to breathe new life into the student ministry, outreach, and discipleship, and they saw that Matt could be a huge catalyst for this change.

The Path to Something Different

With this transformation happening at Eagle Ridge, a strong vision developed to build something outside of Eagle Ridge that wouldn’t even necessarily point back to the church. They wanted something that would be a service to the community and a platform for building disciples.

They wanted something that would be a service to the community and a platform for building disciples.

Matt poured himself into building the student ministry that first year, as well as learning more about the Midland community. He began thinking and dreaming of ideas that fit the vision of outward focus and discipleship. Matt and Bill did lots of research, read lots of books, and went to several conferences. They listened to ideas presented by others, many of which were GREAT ideas. A coffee shop, however, was not one of them. In fact, neither Matt nor Bill drink or even like coffee.

Armed with so many great ideas, Matt battled through the discouragement of hitting dead ends and closed doors. Then, the idea came to, perhaps, plant another church. Maybe this one would be completely different from Eagle Ridge and within another part of town to reach a more significant landscape of the community. Matt got a map of Midland, which, to this day, remains behind his desk. On the map, he plotted out every Christian church in Midland to see if there was a particular area not being served by a local church. Matt found that Midland has a TON of churches. Did Midland really need one more church?

Looking more closely at the map, Matt noticed an area toward the top that was just empty space. Upon further research, that space was the Midland Mall, so it was no wonder that there was no church there. The idea came to open up a church in the mall. Surely this is what God was calling them to do! However, when Matt called the owners of the mall, prepped and ready to make his case, he was only able to get out the first sentence before the mall said, “No.” After all, how would a church encourage people to spend their money at the mall? The church would only be open on Sundays before the mall even opened. The mall needed something different, and perhaps, the community needed something different as well.

Armed with the understanding that the mall was looking for something that would increase foot traffic throughout the mall, the idea came to open up a coffee shop. The shop would be open throughout the week to everyone. Matt began to see that by selling coffee, they would be able to afford rent on a space in the mall, and they could even pay their employees. With his background in starting schools, Matt understood budgets, profit margins, and all that has to do with running a business.

Then, in a meeting between Bill and Matt, Bill drops the bomb. Let’s give the coffee away for free! The church had connections with people in parts of Guatemala, Panama, and Uganda, so as a side effect of opening a coffee shop, Bill and Matt knew they would want only to serve coffee that was ethically sourced. Then, the coffee communities would also be empowered and encouraged as they sold more of the fruits of their labor.

It ended up taking longer to open Cultivate than Matt originally wanted. Matt had a timeline of opening before the holidays of 2018, but Bill wanted things to move a little slower. Ultimately, Bill wanted Eagle Ridge to become more passionate about discipleship and community; however, Bill gave Matt full authority on when the shop would open. By the time legal stuff was done and the coffee shop was ready to launch, many months had passed, way more than what Matt anticipated. Cultivate opened in June 2019.

Miracles Along the Way

With an opening budget of about $60,000 and only $30,000 in the bank, Matt recalls sitting in his car prior to signing the lease on the space in the mall. How was it going to work? He stopped to pray before going in and decided to go in with an attitude of faith. At the start of his meeting, the manager asks him one more time if he wants to look at the space again. As the two were walking through the mall, the manager began pointing out other vacant retail locations and asking him to notice different furniture pieces in them. With $25,000 of $60,000 of the budget allocated for furniture, Matt saw that number go lower and lower as the manager began to offer up all of this furniture to him for free.

Matt says he doesn’t know how it all worked out, but with the $30,000 they had to start with, $12,000 was remaining after Cultivate was all set up and ready to open! There were all types of small blessings happening with each step, which altogether took the initial projected $60,000 start-up budget down to only $18,000.

Cultivate: Coffee and Tea wanted to be known for its friendliness and service to the community. Matt and Bill went into it with the attitude of building genuine relationships with people, not just beating people over the heads with the Bible. And as is common when one begins to engage authentically with another person, it’s not so easy to get around the subject of faith when that is the center of who you are. Within the first months of starting up, Matt and other volunteers have had the opportunity to share the faith numerous times. Almost every time, it’s others who have brought up the subject of faith in Jesus.

Cultivate has 5-6 various volunteers who have never even attended a service at Eagle Ridge. These volunteers have either become Christians or renewed their commitment to Him during the first few months of the shop’s opening, and now they are serving and discipling others. The coffee shop has become a place where people’s stories get heard, where faith is shared, and disciples are made. And that is the whole purpose of it all!

One of the most significant takeaways from this story is that you have a church intentionally not looking to put their name on another ministry or location but to multiply by making disciples. They are not trying to build their own kingdom, but God’s. You will not find the coffee shop on Eagle Ridge’s website, nor will you see Eagle Ridge on Cultivate’s Facebook page. What you will find is evangelism through genuine relationship building, disciples making disciples, and ultimately, the Great Commission. That is something to support and celebrate!